Qualified to work in automation?

The story of the Cork Institute of Technology (CIT) is repeated in many third level colleges around the country.  They have invested heavily in upgrading their Automation Equipment to support the opportunities offered in Automation & Control Industries. 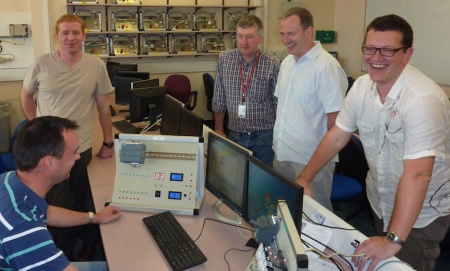 That there is a major shortage of Skill automation engineers and technicians is recognized throughout the world.  These concerns have been express by major multinational manufacturers, vendor’s of automation products and  Integrators as they struggle to find the skilled automation engineers they need to keep the highly automation systems going.

There is also a recognition by many companies that the first generation of Automation professionals are now reaching retiring age and the shortage of trained automation people to replace them as well as the loss of there expertese is a growing concern The competitiveness of industry around the world is dependent on the increased level of automation and on reliable support of this 24hr a day 365 days a year.

We have a reputation of well educated and trained graduates in Ireland. Over the last 10 and more years we have invested in upgrading the equipment and laboratories used by these engineers.  The quality of our engineers and technicians is recognised around the world with companies now travelling to Ireland to interview these graduates and offer them positions across Europe. Engineers in responsible positions in many automation, engineering and pharmaceutical companies are in many cases trained at CIT and other Irish establishments.  The picture (right) shows one project developed and built by a 3rd year student to monitor and control the dynamics of energy generation using a Siemens S7 1200 and Siemens energy monitoring meters.

When I asked about computer simulation for projects, the response were not surprising but still reassuring to hear.  The lecturers felt that the experience a student gets from the hands on practical applications gives them a much greater understanding of the technologies involved, and how everything works especially when finding faults that may have occurred or inserted by a lecturer during a class.  While mistakes are made by most students it is much better to makes these while at college while learning in a safe environment and they will then be much better prepared for Industry.

Many other uses are made of this automation equipment with course modules being given on other engineering disciplines.  The modules are also used in retraining of electricians and other trades to make them more attractive to potential employers at home and abroad.

This entry was posted on Monday, July 8th, 2013 at 10:52 am and is filed under Automation, Training/Education. You can follow any responses to this entry through the RSS 2.0 feed. You can leave a response, or trackback from your own site.