In the wake of the next industrial revolution, EPLAN hosted the event at The Limerick Institute of Technology with the aim of discussing the German concept, Industry 4.0. The event will allowed companies to understand what 4.0 means and how existing and near future technologies can help them move towards becoming a smart factory which ultimately produce machines and products that effectively talk to one another.

Industry 4.0 (Industrie 4.0) is a high-tech strategy adopted by the German government which promotes the computerisation of traditional industries such as manufacturing. The goal is to create intelligent factories (smart factory) that focus on cyber physical systems primarily consisting of communication technologies, software, senses and processes – all of which have the potential through cloud technology to communicate and interact with each other in an intelligent way.

The well attended event had over 150 registered to attend and many more came without registering.

These are some pictures to give a flavour of the event. 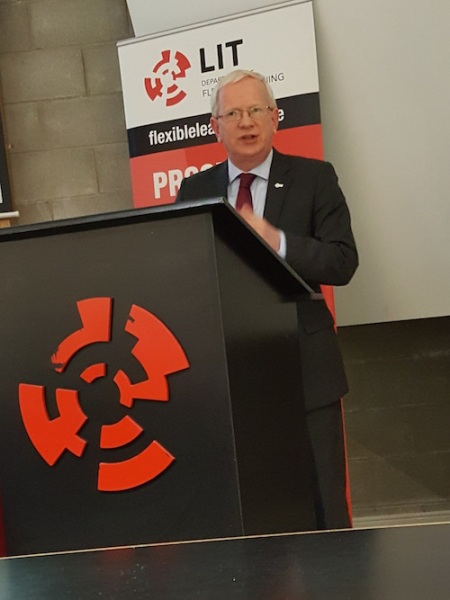 Delegates await the next speaker.

Dr Frances Hardiman, Head of Department Electrical and Electronic Engineering discusses the place of LIT in the engineering community. 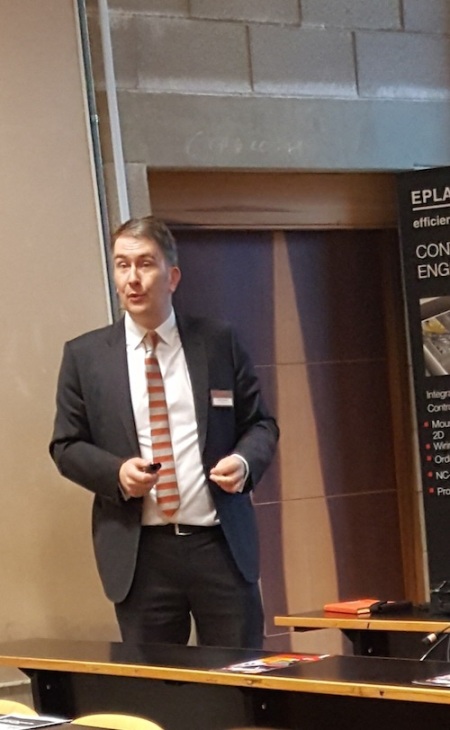 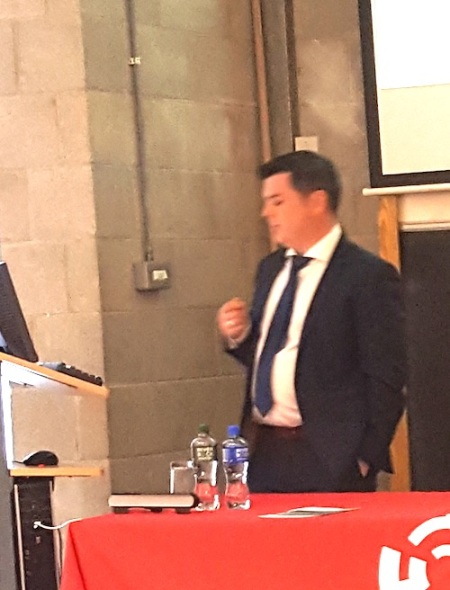 Another view of the exhibition area.

This entry was posted on Thursday, April 13th, 2017 at 11:16 am and is filed under Automation, Big Data, Cloud, Events, HMI, Information Technology, Internet, IoT. You can follow any responses to this entry through the RSS 2.0 feed. You can leave a response, or trackback from your own site.

One Response to PICTIÚIRÍ: Industry 4.0 concept reviewed in Limerick.